- JONATHAN ZWICKEL, City Arts (Jun 15, 2016)
“Disco-soul stalwarts Radio Raheem have been around since 2011, their previous work leaning toward rubbery, goofball funk. Maybe it's the current context, but "2 Live for the City" feels more elegant, more focused, more fabulous. It's reminiscent of a different era—not the hirsute '70s but the urban early '80s of Studio 54, the Palladium and the electric boogaloo. Led by singer/live wire Josephine Howell—who this past weekend fronted Industrial Revelation in recreating Seattle's first-ever jazz concert—the band has always been on a mission to move booties and start parties. But with this song, the addictive first single from their upcoming album Time Code Exile, their sound is more refined, their purpose clearer. Songs like this are magic, and Radio Raheem conjures the kind of inclusivity we need”
- Shock G, Co-writer/MC on Push the Party, Digital Underground
“Loved collaborating on Push the Party – ‘Just Zombies taking over the streets’ – look out America Radio Raheem is ‘bout ta rattle your speakers!”
- Bruce Warren, Program Director, WXPN
“The first four tunes I heard were crazy off the wall stuff but really refreshing.”

Seattle’s Radio Raheem Band, with their stylized blend of soul, funk and rock dance music is one of the leading bands in the Northwest for great music, top flight musicianship and joyful and enthusiastic dancing. Like the character, Radio Raheem, from Spike Lee’s iconic film, Do the Right Thing, the band has lots of opinions, a big speaker and are always the soul of the party. 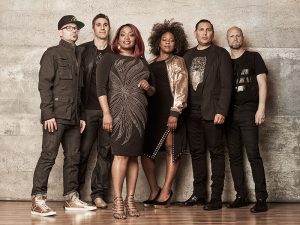 Musically, the band represents the diversity of its six members, the genre-bending guitarist/founder/songwriter, Bryan Cohen, funky bass player & songwriter, Paul Christofferson, right-in-the-pocket drummer, Zia Uddin and triple threat, Trevor Rasmussen, on sax, keys and occasional fiery rap vocals. Fronting the band is Northwest’s legendary powerhouse singer, Josephine “Josie” Howell, equally at home with gospel as she is with blues, soul and jazz, along with the latest addition to the group, Josie’s daughter. Chyee, who has clearly inherited both her mother’s voice and her ability to connect with an audience.

Formed in 2011, the band has three CDs under their belt, 2012’s Down for the Get Down, Raheem Rising from 2013 and last years’ Time Code Exile, which contained the song, 2 Live for the City, that Jonathan Zwickel, Editor of Seattle’s City Arts Magazine, called the “song of the summer.”

Their latest single, Rules, the first song written by the whole band, takes the band in a new, more focused direction. “We started poppy and we’ve evolved into a horn driven retro-soul outfit,” Bryan Cohen says of their new sound. “The retro-soul really fits Josie’s voice.” The plan is to release a batch of singles over the next several months culminating in an EP of new material in early 2018.

The trajectory of Radio Raheem Band’s career has culminated in a band that is both inspired by and on equal footing with the likes of Sharon Jones & The Daptones, Fitz and the Tantrums, and Charles Bradley. “We also love the dance music of Daft Punk, Chic and Parliament,” Cohen says, “and like those bands we love to totally throw ourselves into our live performances.”

Bryan talks about how much fun it is to play with the band, “For me it’s the chemistry and the bond within the band. We have a special gear that clicks in when we are all together. It’s the best feeling in the world. Also, being onstage with Josie and Chyee when they are synced up is amazing.”

The Radio Raheem Band looks ahead and sees a world where they can duplicate the recognition and great reputation that they have established in the Northwest. “We’ve had some great opportunities like opening for St Paul and the Broken Bones, and playing and headlining top Northwest events like Macefield and Bellevue Jazz & Blues Festival, but now we are ready to play larger stages in the Northwest, tour Europe and open a nationwide tour with a larger opening act.”

With their drive, high energy, great songwriting and ability to win over a crowd and get them up on their feet with wild abandon, Radio Raheem Band is doing the right thing. 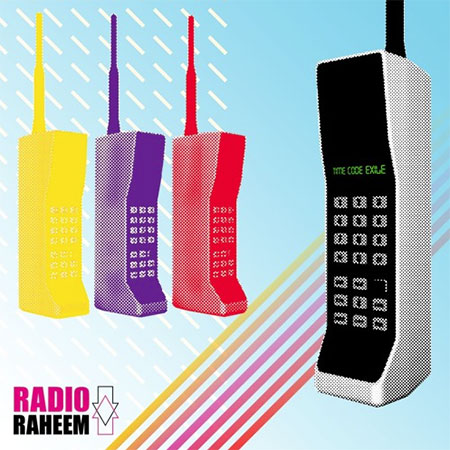 2 Live for the City

Radio Raheem on What It’s Like to Play for Runners

Song Premiere: “2 Live for the City” by Radio Raheem

‘Indie With An Edge’: Radio Raheem Mixes Gospel With Apocalyptic 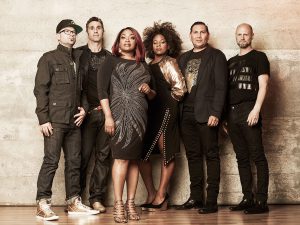 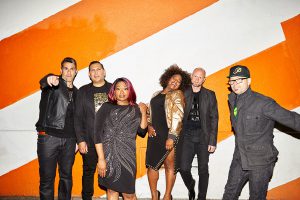 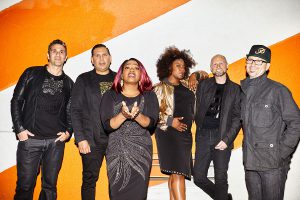 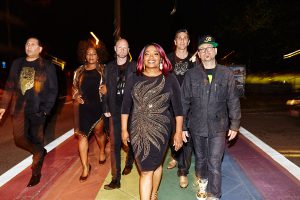 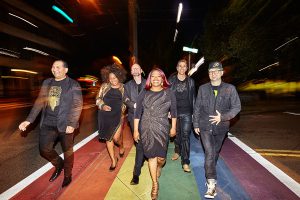